Whether it’s the moreish Kalamata olives, the delectable melitzanosalata dips or the simple yen for some feta cheese chunks, if you’re in search of Greek restaurants in London, it can be tricky knowing where to start. Capital cities like London often have the monopoly on the best eateries. If you’ve been lucky enough to visit Greek restaurants, Antique Garage or Pera Soho in New York City, for example, you’ll know how just how varied your options are. So, we’ve done some digging, and left the eating and drinking bit to you. Here’s our list of 5 of the best Greek restaurants London has to offer.

If we’re talking about the best Greek restaurants in London, it’s impossible not to mention Meraki in Fritrovia. Derived from Greek and meaning creativity and soul, its name reflects the passion behind both the plates and cocktails it serves. Set in a stylish, yet neutrally designed interior, Meraki offers an all-day menu with signature dishes, hake fricassee and roasted chicken, and a lunch menu with traditional sweet dessert, tsoureki ekmek and Greek style courgetti.  As well as this, extensive dessert and cocktail menus also await at Meraki.

If you’ve set your heart on a Greek restaurant in Notting Hill, then look no further than Aphrodite Taverna. Here, you will be treated to traditional Greek-Cypriot dishes taken from family recipes including homemade smoked taramasalata and moussakka, all served in a cosy dining area adorned with pottery, plates and paintings galore for that extra Greek flavour.

Apollo is a traditional family-run restaurant featuring lively Cypriot entertainment on weekends. If you want more than just music, then check out the mid-week and weekend menus which include an assortment of conventional Greek dishes, from salads and steak to fish and soups. Furthermore, both menus feature a 3 course Meze meal which includes hot and cold dishes followed by a meat platter.

You might think you've had hummus, but you have not has hummus until you've had it at Andy's Greek Taverna. One of our favourite places to sit down in the city to eat, Andy's serves authentic Greek food at ideal prices. Creamy hummus and a little bit of warm bread is just the way to perk up the week. 🇬🇷 (📸by @joaquimmach) 📍Where: 23 Pratt St, Camden Town, London NW1 0BG

In operation since 1967, Andy’s Greek restaurant has gained a reputation for providing the spirit of the Mediterranean with a warm atmosphere, fine wines and excellent homemade Greek food. Situated in the heart of Camden, diners can choose from halloumi, mixed grill and broad beans starters, to name but a few. In addition, there’s a wide selection of main courses, and if you want to go that extra Greek mile, you can head down for one of the restaurant’s traditional Greek evenings!

Price: Starters are typically priced at around £5 with mains in the region of £12.

Last but not least in our Best Greek Restaurants in London list has to be the Hungry Donkey. Situated off Petticoat Lane, this all-day street food restaurant in East London is warm, but bright and minimalistic. Contrary to typical Greek eateries, Hungry Donkey strikes a more contemporary chord in terms of  décor and vibe. With a big lean on delivering organic and ethical produce, expect craft beers, gluten free vegan chips, and a selection of hot and cold mezedes. 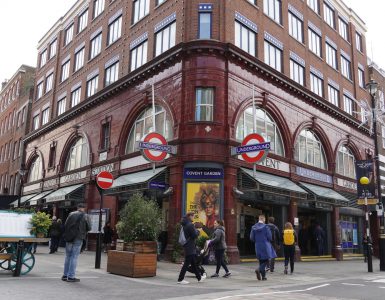 Where to Eat in Covent Garden

Visiting Covent Garden, one of London’s most vibrant and entertaining cultural centres, can build up a big appetite for even the most dedicated of craft stall shoppers, theatre goers and music lovers. Fortunately, local... 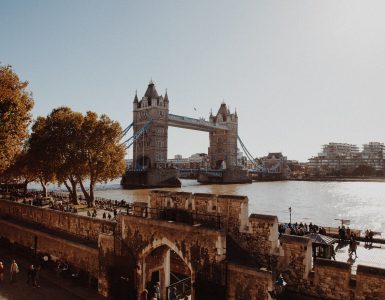 Home to some of the most iconic tourist attractions, from the Tower of London to Westminster Abbey, Chancery Lane also has an abundance of restaurants and the odd café here and there too. 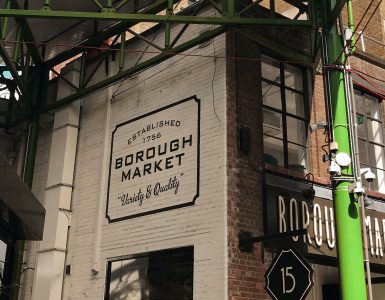 Where to Eat at Borough Market

Whether you live in London or are just a frequent visitor, chances are, you’ve already found yourself exploring the nooks and crannies of London’s Borough Market on a regular basis. It is, after all, an integral part of...

Where to Eat in Covent Garden

Where to Eat in Edinburgh

Where to Eat at Borough Market

Restaurants Near The Prince Of Wales Theatre

5 Of The Best Italian Restaurants in Edinburgh

Where to Eat in Shoreditch – Our Top 5 Restaurants

12 Of The Best Breakfasts In London